Choosing the right automated testing for your softwares and Applications

Choosing the right automated testing for your softwares and Applications 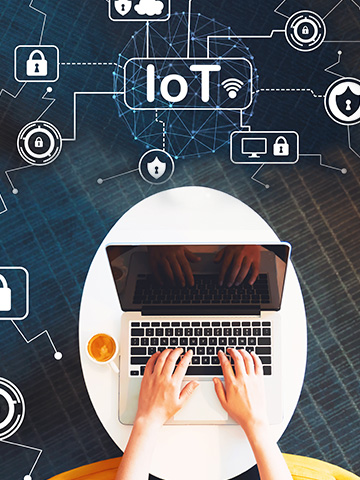 With evolution and convergence of multiple technologies, IoT Testing have advanced over time from phones, tablets and wearables to complete solutions like smart lightings, smart homes, and even smart cities.

Establishing a clean interconnectivity, integrating data from various sources and performing meaningful actions to derive maximum value from these IoT solutions is now imperative to the success of any IoT device or solution. 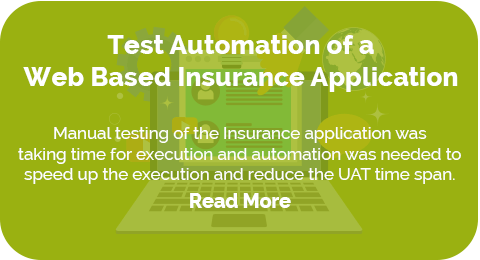 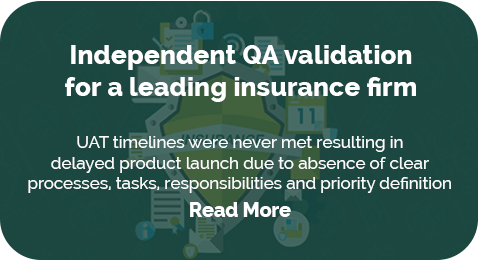 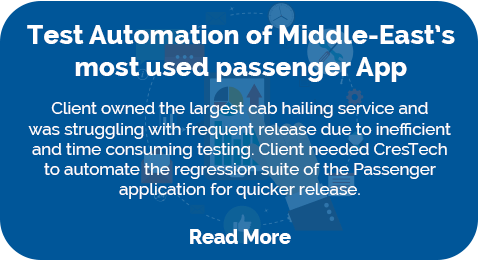 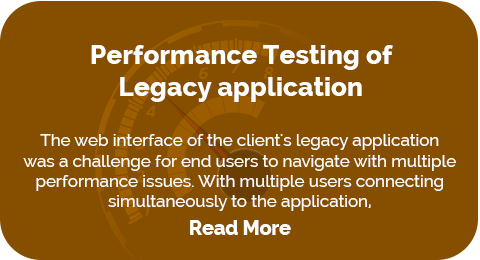 Make test automation a key part of your test strategy and increase the velocity of your testing throughput with tool agnostic automation test experts and future ready frameworks.

"Quality is not an act, it is a habit."- Aristotle

We believe that a right mix of skill, automation and devices are the key to the success of mobile application testing. We ensure that your end customers get a seamless experience from your mobile application, irrespective of where they are, who they are and which device they use.

A functionally correct and well designed application doesn't guarantee a win unless it's fast, reliable and consistent. Our Performance Centre of Excellence is dedicated to validating the performance of all kinds of applications and identifying bottlenecks.

"Only conducting performance testing at the conclusion of system or functional testing is like conducting a diagnostic blood test on a patient who is already dead."-Scott Barber

With continuous disruption in the field of technology, new vulnerabilities are being discovered constantly and ensuring information security has become critical to any and all businesses. With our security governance and validation services throughout SDLC we ensure that security vulnerabilities are never introduced.

"The bitterness of poor quality remains long after the sweetness of low price is forgotten."-Benjamin Franklin

With a TCOE, Quality is infused into an organisation is culture through an ever evolving and scalable quality framework. Our TOCE methodology leverages people, processes and technology to setup a framework which ensures quality each time, every time.

"Quality means doing it right even when no one is looking."- Henry Ford

Validating whether an application does what the end customer needs is the most important aspect of testing the application. CresTech believes in testing early and thoroughly with a comprehensive coverage of functional requirements.

"More than the acting of testing, the act of tests is one of the best bug preventers known."-Boris Beizer

We understand the complex integrated environment of IOT devices and our IoT testing strategy is heavily depended on the architecture, communication and purpose of the system. We validate the system as an end user, in varying yet real world environments leveraging our extensive labs.

"Testing is a skill. While this may come as a surprise to some people it is a simple fact."- Fewster and Graham

We ensure that your web application is accessible to all users on all devices. Our Accessibility Auditors will validate each page against targeted compliance standards. Our 3 step Approach: Automate Scans-> Affirm Manually-> And Recommend Changes

"If disabled people were truly heard, an explosion of knowledge of the human body and psyche would take place."- Susan Wendell